The interview is great, so check it out by clicking here. I'll have to admit, though, the thing that got me the most excited was this image that was posted on the interview page: 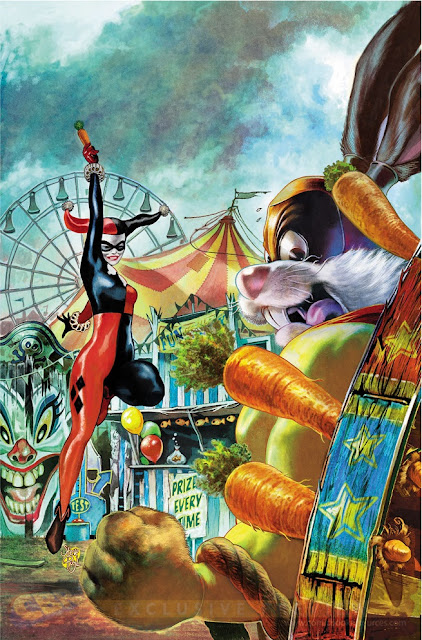 Looks like we're getting the old-school appearance for Captain Carrot this go around! YES!! It's about bloody time! Although it looks like he's losing the fight in that pic (which I'm assuming is a cover for one of the issues). Don't know how I feel about that, as I'm pretty sure the good Captain could kick Harley's ass. But it is her book, so you know how that goes.

Sean Koury
I'm a writer and part-time voice actor trying to get his story out to the world. I live in Kenora, Ontario in Canada.

Friends of the Zoo Crew

Followers of the Carrot